We have been dealing with a plague in our house. That might be a little dramatic but honestly, there is a virus making it’s way around that lasts for weeks. M got it two and a half weeks ago and just kicked it. I got it about a week ago and it’s still rollin’. Just c’mon…all I’m asking is to be able to breathe. To breathe so I can sleep.

This pesky bug is just hanging on and we are taking baby steps to getting back into our regular routine.

In an effort to do just that but avoid infecting any fortunate healthy people we might encounter, I took my crew the dog park a few days ago. I let M take over the photo taking and it was pretty hilarious. She wasn’t so much into action shots and expected every dog she crossed paths with to stand and pose for her. Not happening girl. Instead, we came out with just one friendly dog photo and many more of my dirty dog park shoes. 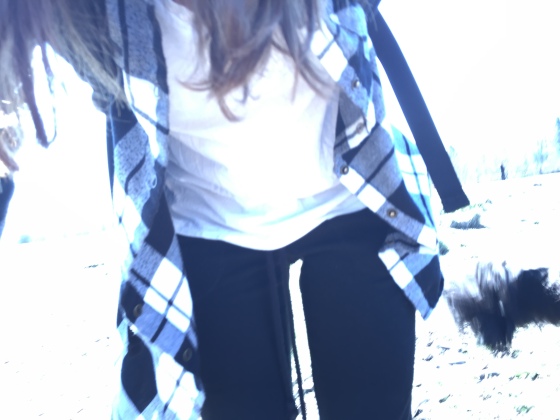 It’s probably been way too long since I mentioned our other children around here. Did you even know we had dogs? Poor guys seem to be stuck behind the scenes these days. But as the days get warmer, we’ve gotten to enjoy more time with them outside and I was able to get a few pictures of our furry kids for some introductions….. 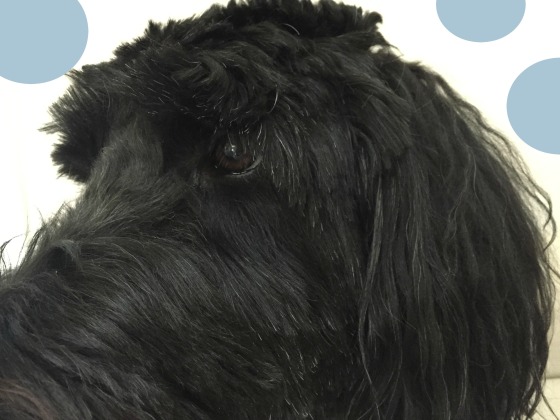 Jackson is our 80 lb goldendoodle. Yes, goldendoodle. Everyone always gets caught up on that. He had a golden retriever for a mom and black standard poodle for a dad. My friend Bree says that Jackson is a person in a dog suit and that’s pretty much all you need to know about him. He’s THE BEST. 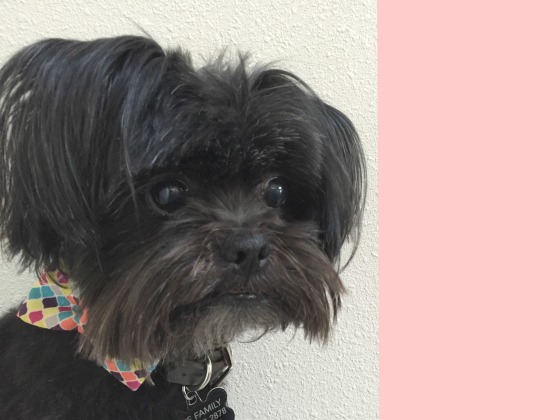 And then there’s this one. I joke that Sadie is my step-dog. When I met a six foot five handsome guy named Kyle in college, I was a littler perplexed about his tiny eight pound dog. Then I saw him walking her and girls basically running towards him to pet his tiny companion. Mystery solved.  Anyway, she barks A LOT and is a mix of about every small dog under the sun but she loves us so much and is just pint sized enough for M to run after all day. 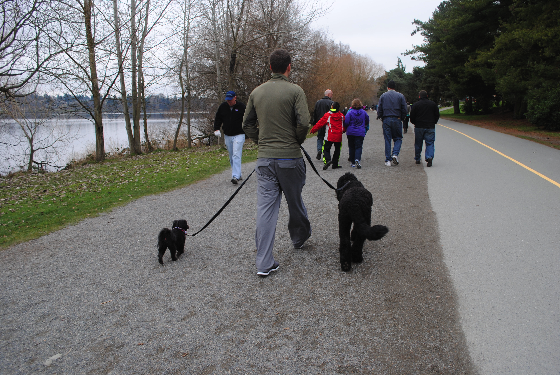 Lets get it straight. I don’t like running. Somehow, when we were registering for Little M’s arrival, I decided that I must have a jogging stroller. Well, she’s 9 months old and I have yet to pick up the pace beyond a brisk walk while pushing her. But, the walking is great with a jogging stroller.

The fam and I like to find a little time to get fresh air on the weekends. Sometimes it’s hard to remember to get outside when the weather is bad but M’s mood improves instantly if she gets to spend some time outside. Not to mention that Jackson and Sadie love {love, love} going on walks. So, we hit the beaten path and push the ‘jogger’ a few miles. Little M smiles, I judge the outfits of the other walkers and wish I could throw a stick in front of the bikers ringing their dumb little bells and yelling ‘on your left’ over and over and the dogs snif a bunch of other stranger dogs as they trot along. Not a bad way to spend spend a little time together.

Besides Little M, we have two other babies in our house. Jackson and Sadie are Little M’s best friends and the protectors of our humble abode. Jack Jack is an 80 lb. goldendoodle. He is possibly the most loving and patient GIANT dog I have ever met. Little Sadie is a 7 year old mix. She is the ruler of the roost and gets to sleep at the foot of the bed. When we first brought Little M home, these two didn’t want much to do with her. They seemed to be waiting for her to leave actually. BUT, now that she is a little older and can laugh and tug at them, they seem interested in giving her a little lick whenever we aren’t watching. Best of friends, I tell ya’!